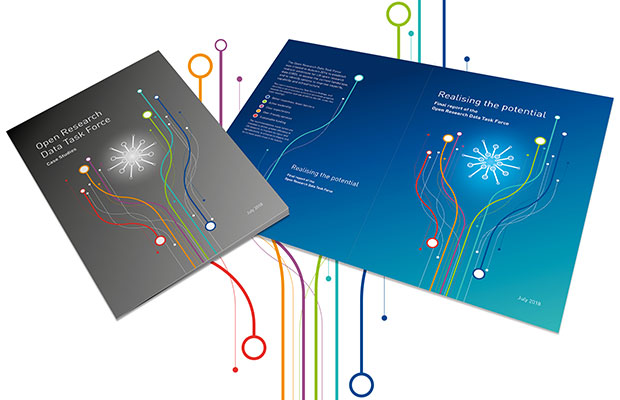 ‘Researchers are creating, gathering and using data in hitherto-unimagined volumes. These vast data resources dramatically increase the capacity of science to infer patterns in phenomena, whether physical, chemical, biological or human, or in the complex systems that are at the heart of most global challenges.’  Report – Executive Summary.

Crayfish Design were asked by Research Consulting to create a visually engaging design to reflect the findings of the Open Research Data Task Force. The report itself was to be composed of six key sections, each with a significant proportion of text, including; recommendations, conclusions, reference links and supporting case studies.

The report was to be set as a screen PDF and hosted on the .gov.uk website

We sought to create a range of design options that would reflect the connectivity and harnessing of open data, but also look to avoid the stereotypical binary representations of ‘zeros and ones’ that are often seen in data related materials.

The chosen theme for the report utilised a series of crossing connection lines and node points to reflect the differences in data volume and pathways. Colour was then used to differentiate each of the sections.

Central to the theme was the creation of a Open Research Data Task Force logo. This was a simple circular formation that was constructed by interconnecting nodes with an alternating balance to represent the shift and flow of data. Furthermore, on the front cover of the report, the connection lines were used to represent of a pair of supporting hands that in turn nurtured the glowing logo form. 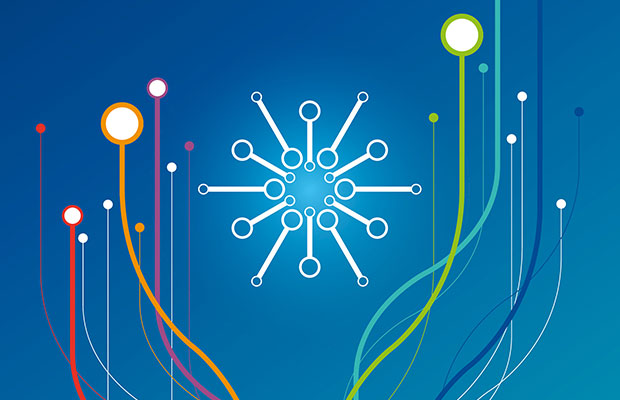 As the report was produced, it became clear that it should be split into two separate documents, the main report ‘Realising the Potential’ and a supporting ‘Case Studies Annex’ to provide easier referencing and to improve the on-screen navigation by reducing the number of pages being accessed at any time.

For legibility reasons and on-screen accessibility, the majority of the report needed to be set on white pages and have a ‘readable’ font size. Consideration was also given to the layout grid and content flow, as although the report followed a set hierarchy, each section also included non-linear requirements for cross-referencing and notes. 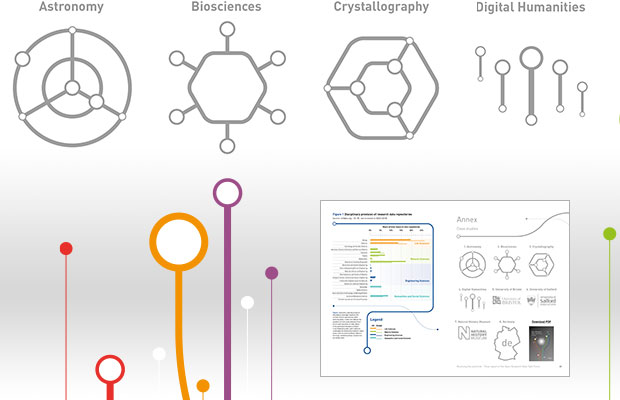 “We worked with Crayfish Design to develop the design and branding for an independent report to the UK government. They quickly understood our requirements, and produced excellent conceptual options for us. Throughout the design phase they were professional, responsive and flexible, and delivered a really high quality end product. It was a pleasure to work with Jim and I’ve no hesitation in recommending Crayfish Design to others.”

Thanks to Crayfish Design, we were able to deliver a professional looking event. We wouldn’t hesitate in recommending Crayfish Design for brand identity and design projects.