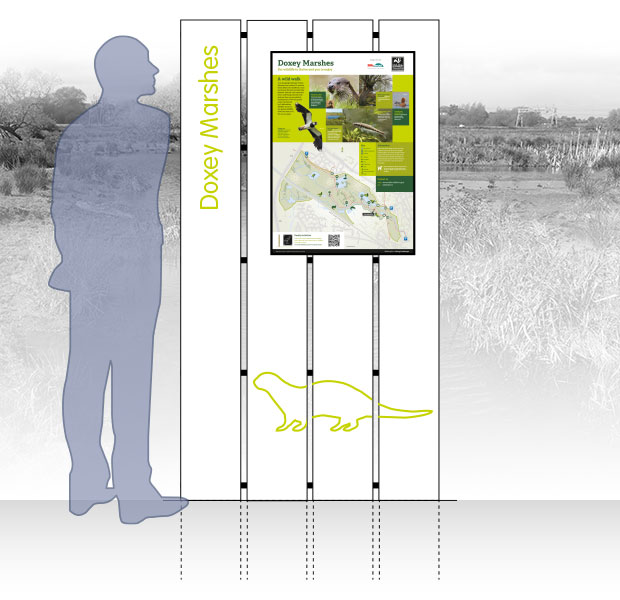 Doxey Marshes is Staffordshire Wildlife Trust’s largest nature reserve at around 300 acres. It is comprised from a quilt of grazing marsh, wet grassland, swamp, open water, subsidence pools in the valley of the River Sow.

It has an SSSI (Site of Special Scientific Interest) status, due to the presence of regionally important numbers of breeding and wintering birds. Of particular importance are snipe and lapwing, along with an array of other wetland flora / fauna, and mammals including otters.

Crayfish Design were invited to assist with enriching the visitor experience at Doxey Marshes, primarily through designing a set of interpretive themes and subsequent display boards to communicate the reserve’s stories.

The designs were to engage with audiences across a range of entrance location boards, key feature points and some of the the site’s interpretive installations, including a family and bird watchers hide. 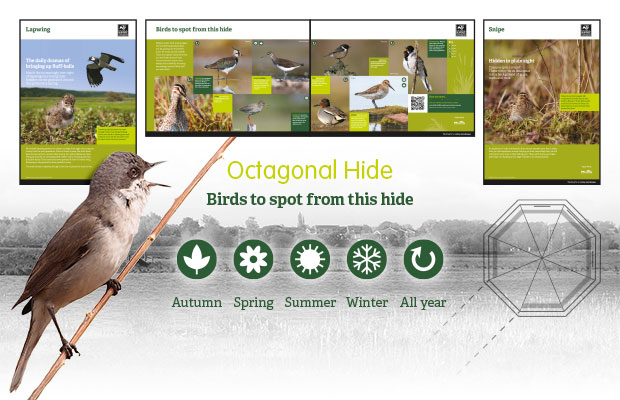 Our approach was to create a underlying theme which would lend itself to a range of interpretation boards but also reflect the tapestry and diversity within the site. Building on from the Wildlife Trust’s brand colours and illustrative elements, we utilised a structured methodology to construct a grid based mosaic, upon which imagery and typographical elements could be applied. This approach allowed us to be flexible and to add details to key features around the location maps. On to this framework we used combination of cut out images and photo composition techniques to highlight and enhance select wildlife from the background. 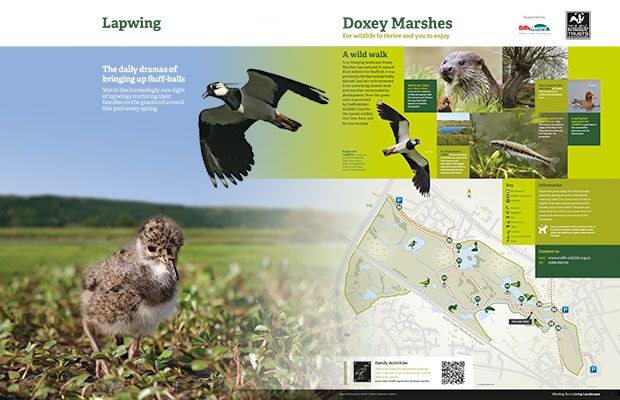 This layering and grid mosaic style has since been used across several interpretation projects for Staffordshire Wildlife Trust by Crayfish Design and their internal communications team.

As the Doxey Marshes site covered a large area, a stylised map was constructed and set in two different locations, with north and south facing orientations. Furthermore, with the West Coast Mainline Railway running through the site the primary interpretation panels were set on reclaimed railway sleeper boards which gave a juxtaposition of reclaimed and new style aesthetics. 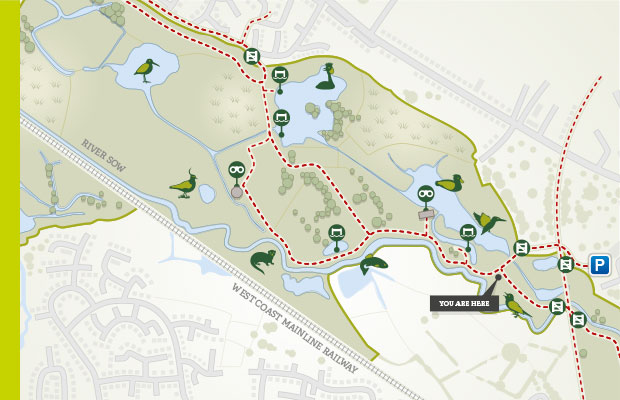 To support the maps, a series of hand drawn sketches / illustrations of highlighted wildlife species were developed into icons. 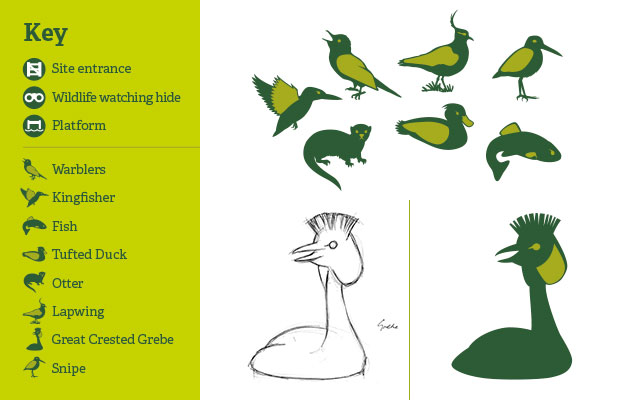 The theme and subsequent designs incorporated:

“Fantastic, thank you for all your hard work. I really love the lapwing board layout – combining photos to create the scene is really powerful for telling the story visually.”

Crayfish have developed a powerful brand identity to support the Testing the Water®. This is used in all of my books and questionnaires to support people through personal life transitions. My customers comment on how welcoming the books look, and how easy they are to read. The work at Crayfish has made such a difference to this. I would absolutely recommend them as a preferred designer.